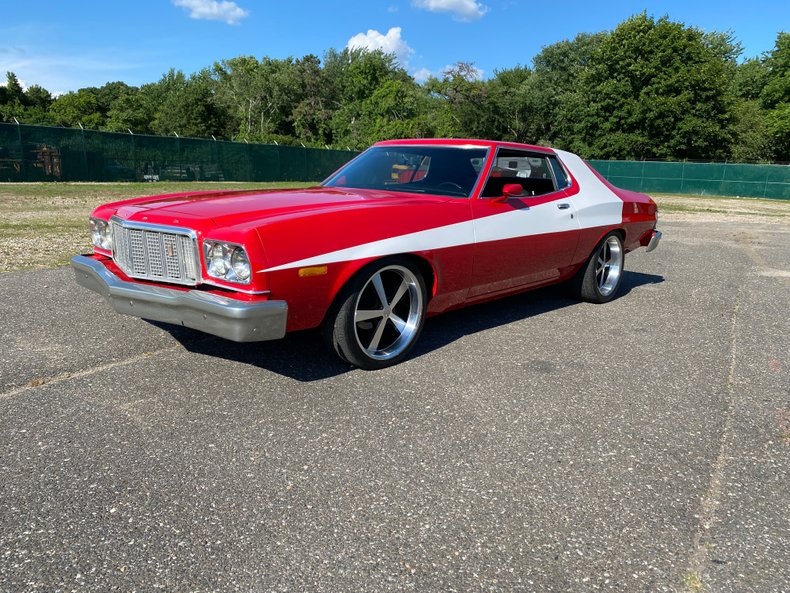 THIS CAR IS IN EXCELLET CONDITION

On the police radio, the team of “Starsky & Hutch” was signaled by the handle Zebra-3, but truth be told their calling card was a red 1976 Ford Gran Torino, also known as the striped tomato. The action crime drama aired from April 1975 through May 1979 and starred Paul Michael Glaser as Starsky and David Soul as Hutch.

David Soul and Paul Michael Glaser were police detectives and partners on the television series Starsky & Hutch from 1975 to 1979. The 1976 Ford Gran Torino with its iconic white stripe has become a legend.

The stock Gran Torino was repainted and the signature white stripe was added, making it a specialty vehicle that could not be seen on the road, or on any other shows. It also defined a generation and went on to become an icon for the 1970s.

When a remake came along in 2004 as a full-length movie, the same car made a comeback in all its glory, although with Ben Stiller as Starsky, Owen Wilson as Hutch, and Snoop Dogg as Huggy Bear … with a nice end scene cameo by the true originals.