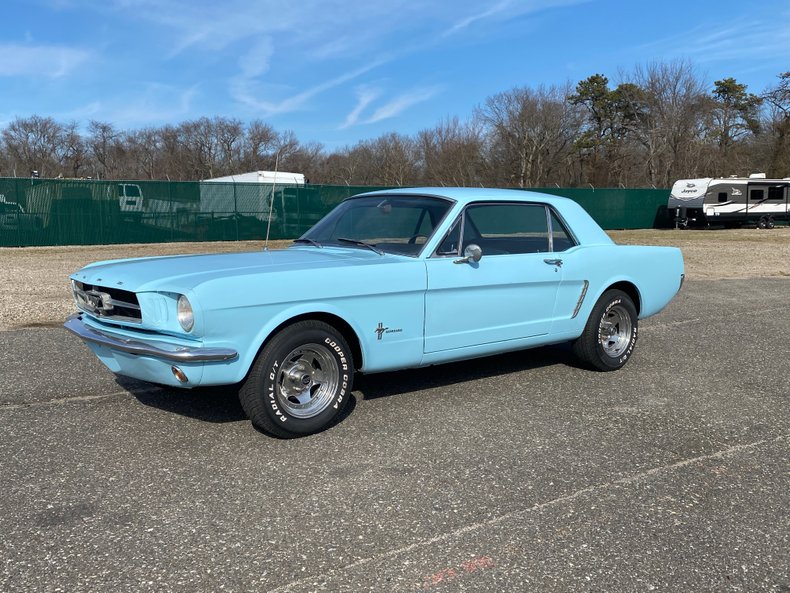 The first-generation Ford Mustang was manufactured by Ford from March 1964 until 1973. The introduction of the Mustang created a new class of automobile known as the pony car. The Mustang's styling, with its long hood and short deck, proved wildly popular and inspired a host of competition.
It was initially introduced on April 17, 1964, as a hardtop and convertible with the fastback version put on sale in August 1964. At the time of its introduction, the Mustang, sharing its underpinnings with the Falcon, was slotted into a compact car segment.
With each revision, the Mustang saw an increase in overall dimensions and in engine power. The 1971 model saw a drastic redesign to its predecessors. After an initial surge, sales were steadily declining, as Ford began working on a new generation Mustang. With the onset of the 1973 oil crisis, Ford was prepared, having already designed the smaller Mustang II for the 1974 model year. This new car had no common components with preceding models.Since it was introduced four months before the normal start of the 1965 production year and manufactured alongside 1964 Ford Falcons and 1964 Mercury Comets, the earliest Mustangs are widely referred to as the 1964½ model by enthusiasts.19 Nevertheless, all "1964½" cars were given 1965 U.S. standard VINs at the time of production, and - with limited exception to the earliest of promotional materials20 - were marketed by Ford as 1965 models.21 The low-end model hardtop used a "U-code" 170 cu in (2.8 L) straight-6 engine22 borrowed from the Falcon, as well as a three-speed manual transmission and retailed for US$2,368. Standard equipment for the early 1965 Mustangs included black front seat belts, a glove box light, and a padded dash board.23 Production began in March 1964 and official introduction following on April 17 at the 1964 World's Fair. V8 models got a badge on the front fender that spelled out the engine's cubic inch displacement ("260" or "289") over a wide "V." This emblem was identical to the one on the 1964 Fairlane.