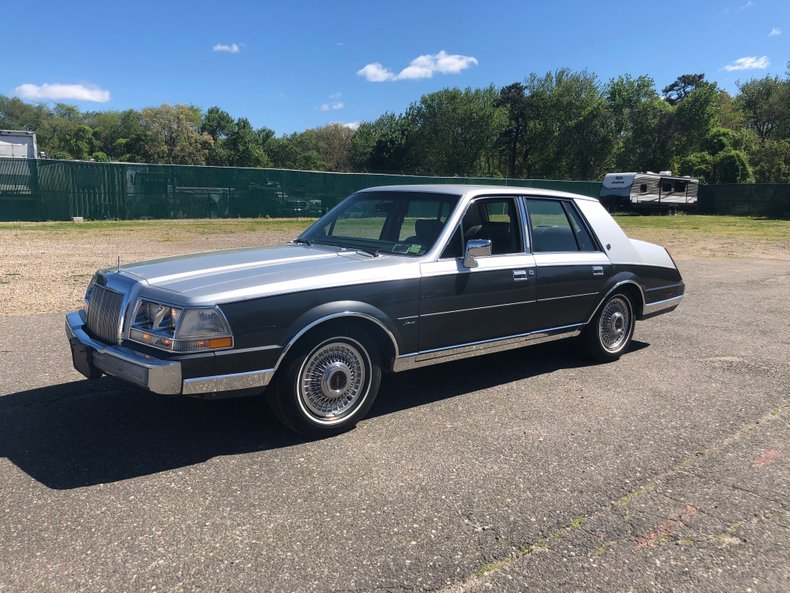 Following the downsizing and adoption of the Panther platform for the 1980 model year, the Lincoln division was faced with a critical issue. After the discontinuation of the compact Lincoln Versailles early in 1980, Lincoln was left with two full-size sedans. Although each brand-new for the model year, the Lincoln Continental and Continental Mark VI were functionally identical vehicles. Aside from the "Continental tire" trunklid and hidden headlamps of the Mark VI, the two vehicles offered little differentiation.

The Lincoln Continental made its return in early 1981 as a 1982 model. To further separate Continental from the Town Car, Lincoln designers shifted the car into the mid-size segment. Though again marketed against the Cadillac Seville, the 1982 Lincoln Continental was never officially considered by Lincoln as the replacement for the Versailles. Marketed solely as a four-door sedan, the Continental was the first (and currently, only) Lincoln ever to wear the "Continental trunklid" of the Mark series. It shared its wheelbase and powertrain with the Mark VII introduced for the 1984 model year.

Using the lessons learned from Lincoln Versailles and badge engineering, Lincoln stylists took great care to differentiate the expensive Continental from the Ford Thunderbird and Mercury Cougar XR7 sharing a common chassis with it; unlike the Versailles, no visible body panels were shared.
Shifting from the Ford Panther platform to the Ford Fox platform, the Lincoln Continental became a mid-size car for the first time. In its redesign, the Continental would lose nearly 9 inches in wheelbase and 18 inches in length, along with over 400 pounds of weight.

Although it would be the shortest-wheelbase Lincoln ever (at the time), the Continental would use a stretched 108.5" wheelbase version of the Fox platform used by the Ford Thunderbird and Mercury Cougar. In marked contrast to its Cadillac Seville competitor, which switched to a front-wheel drive GM platform, the Continental retained the use of rear-wheel drive.

The 1982 Lincoln Continental was fitted with two different engines. The standard engine was a 131 hp carbureted version of the 5.0L V8. At no cost, a 3.8L V6 (shared with the Ford Thunderbird and Mercury Cougar64) was an option; it was the first non-V8 Lincoln since 1948. Both engines were discontinued for the 1983 model year, replaced by the fuel-injected 5.0L V8 from the Town Car. All three engines were fitted with the 4-speed Ford AOD overdrive transmission. As a response to the diesel engine options available in Cadillacs and a number of European luxury brands, Lincoln introduced an optional 114-hp 2.4L turbodiesel inline-6 sourced from BMW (with a ZF 4-speed automatic transmission) for 1984. WIth only 1,500 sold, the diesel-powered Continental was rarely ordered and discontinued after the 1985 model year.