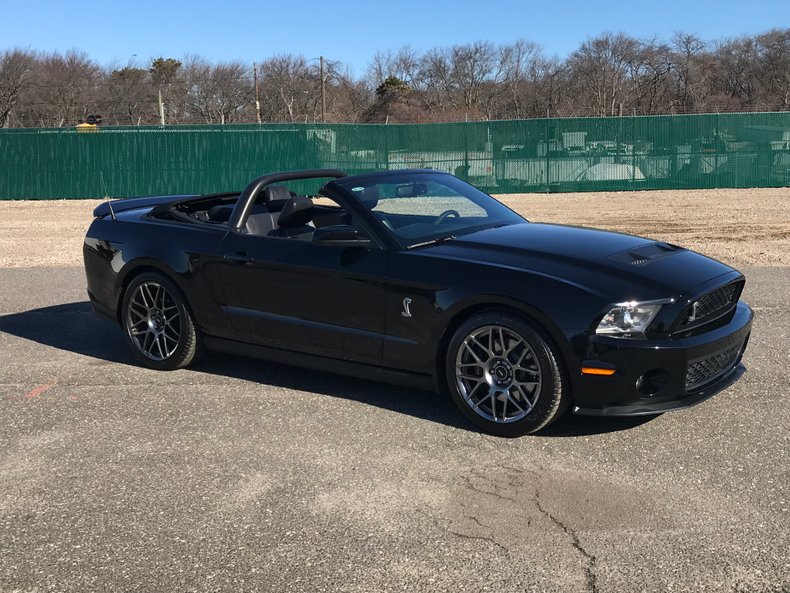 Shelby GT500 got an engine update with an all-new 5.4 L aluminum engine which was 102 pounds lighter than the previous cast-iron engine and uses Ford-patented plasma-coating technology (Plasma transferred wire arc). The inventors of PTWA received the 2009 IPO National Inventor of the Year award. This technology was initially patented and developed by inventors from Flame-Spray. The technology was subsequently improved upon by Ford and Flamespray. With the engine updates, not only has performance improved to 550 horsepower (410 kW) and 510 lb⋅ft (691 N⋅m) of torque, but the GT500's gas mileage has improved to 15 mpg‑US (16 L/100 km; 18 mpg‑imp) city and 23 mpg‑US (10 L/100 km; 28 mpg‑imp) highway, which was enough to eliminate the U.S. Gas Guzzler Tax.41 The final production number of the 2011 Shelby GT500 by the end of the year was 5100 units.42

Ford also improved upon the handling characteristics of the GT500. The overall stance of the car has been lowered by 11 millimeters in front and 8 millimeters at the rear. The car also features Ford's new Electric Power Assist Steering (EPAS) that improves torque build-up and road feel which delivers quicker and more precise steering, increased effort on the racetrack or winding roads, and reduced effort in low-speed parking maneuvers. The car also has Ford's AdvanceTrac stability control system, which features a sport mode when pressed twice consecutively while stopped with the brakes applied.

The improvements in handling and performance gives the 2011 Shelby GT500 a skidpad rating of 1.0g,43 and a Virginia International Raceway lap time of 2:58:48, making it as fast as, and sometimes faster than, cars such as the M3, Audi R8 V10, Dodge Viper SRT-10 and Porsche GT3 around this racetrack.44 Changes to 2012 model year Shelby GT500 included45 only a new Recaro seat option. The Sterling Gray color was no longer available. Call 631-620-3330 Financing is Avail